When I started programming on a GUI-based environment, the only fixed-width fonts available were Courier and Courier New. We actually didn’t have lots of options to choose from. You may laugh at me but after 2 years of programming, I realized I can change the font size of Visual Studio IDE. In 2007, Microsoft introduced another moonscape font named Consolas. The font was much better and had better support anti-aliasing.

After moving to Linux in 2012, I got familiar with some other fonts. After trying out plenty of them, I found DejaVu Sans font family. DejaVu Sans Mono is one of the fonts I still love even after 6-7 years using it. I have temporarily switched to other fonts but got back to it after a short period of time.

Since we cannot leave the house as we usually did during the Coronavirus pandemic, I decided to play around with tools and apps I use the most and try out new things. As a result, I decided to search a little bit to see if I can find a replacement for the legendary DejaVu and actually found a fully-deserved one!

Fira Code is my new favorite moonscape font! It’s very clean and elegant and has also support for Retina displays which is the new standard for new laptops and monitors.

Besides, what makes this fonts so lovely the way it solves a very important problem:

Programmers use a lot of symbols, often encoded with several characters. For the human brain, sequences like ->, <= or := are single logical tokens, even if they take two or three characters on the screen. Your eye spends a non-zero amount of energy to scan, parse and join multiple characters into a single logical one. Ideally, all programming languages should be designed with full-fledged Unicode symbols for operators, but that’s not the case yet. 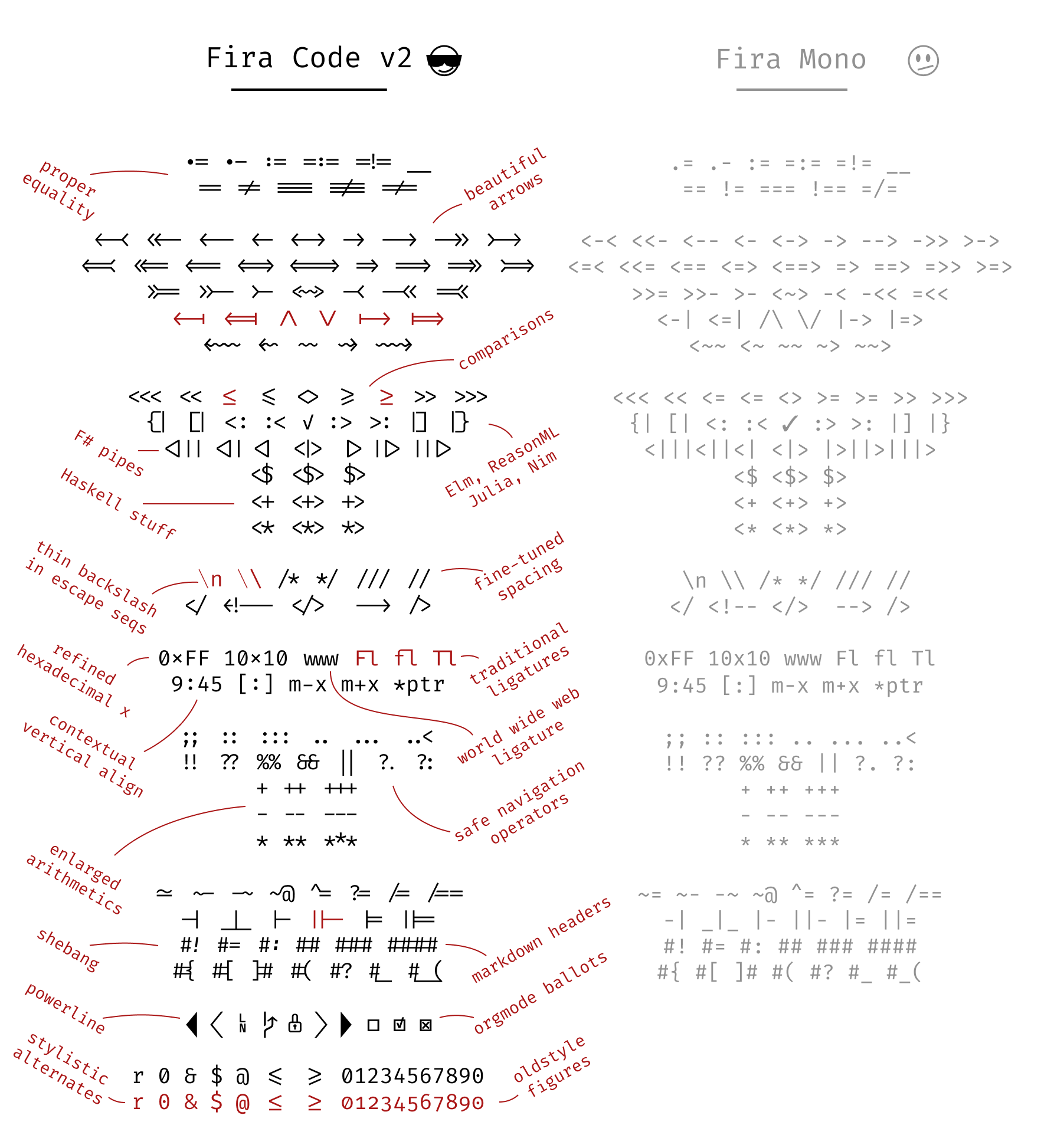 One other cool things about Fira is that it supports Powerline as well. If you are familiar with Powerline, you may know that to be able to render Powerline fonts correctly, you need to Install a Powerline versions of those fonts; but, Fira supports them out of the box.

Please take a look at Fira Code repository on Github to find more information about the font and the installation instructions.